Even more reason to celebrate your special day in top Vietnamese tourist town.

The ancient town of Hoi An in central Vietnam has decided to celebrate International Happiness Day by making at least some people happy: those who were born on the same day.

The local culture and tourism center has decided to offer free entrance tickets and gifts to any visitors who were born on March 20, which this year falls on Monday. Tourists simply have to present their identification papers, Tuoi Tre (Youth) newspaper quoted the center officials as saying.

The city will also hold an exhibition at the An Hoi crossroads displaying pictures taken by local photographers to give visitors a glimpse of life in Hoi An and the pursuit of happiness.

There will be musical performances on Monday night near the 400-year-old Japanese Bridge with a theme of love and happiness, the center said.

Hoi An charges foreigners VND120,000 (more than $5) and locals VND80,000 for an entrance ticket that includes admission to a large number of attractions, notably the iconic Japanese Bridge and the three-century-old Fukian Assembly Hall. Some privately-owned sites sell their own tickets and will not be free.

Once a bustling trade port in the region, Hoi An is now one of the most peaceful towns in the country, drawing tourists to its picturesque wooden houses, pagodas, street-side eateries and hundreds of tailor shops. 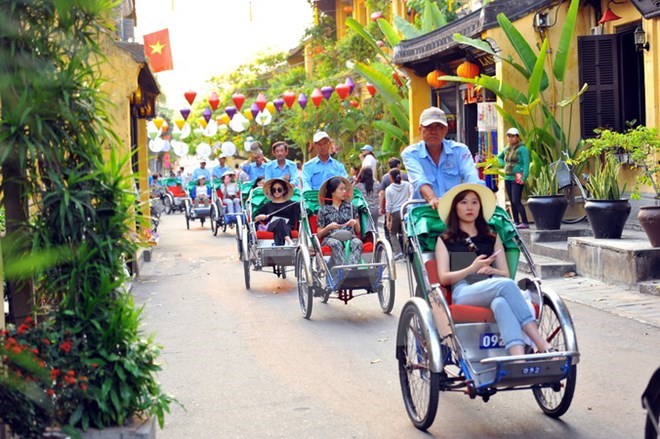 A travel forum run by U.S. magazine USA Today described Hoi An as one of the 10 most beautiful places in Southeast Asia, a place where one can find “tranquility and timelessness”.

“Best Day on Earth”, a book produced by U.K. travel publisher Rough Guides in 2015, listed Hoi An’s full-moon festival among the world’s most extraordinary travel experiences for the hundreds of lanterns that glow along alleys and river banks around town and the paper lanterns that float down the Thu Bon River.